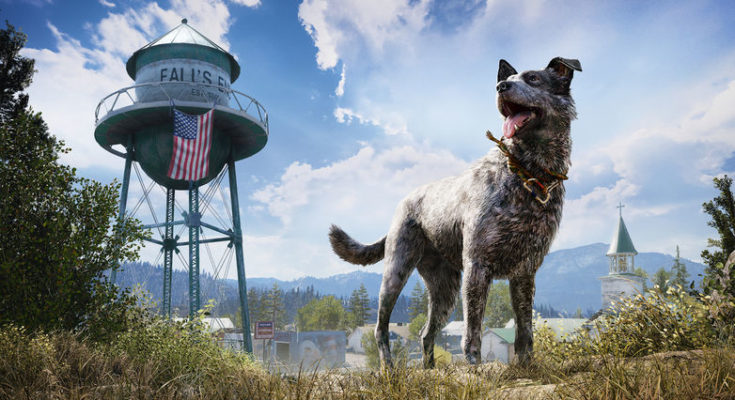 The fifth installment of the open-world shooter will be releasing early 2018 on PS4, Xbox One, and PC. There will be two U.S collector’s editions available: one from Gamestop and the other can be purchased from the Uplay Store. The $200 Gamestop exclusive “Resistance Edition” includes a steel book Gold Edition of the game, a 16.5 inch statue of Nick Rye, along with his doggo boomer, and an assortment of goodies from the game’s locale of Hope County including a bandanna, logo pin, some postcards, and a koozie.

Update: The Gamestop Exclusive Resistance Edition was cancelled by Ubisoft on 1/31/2018. 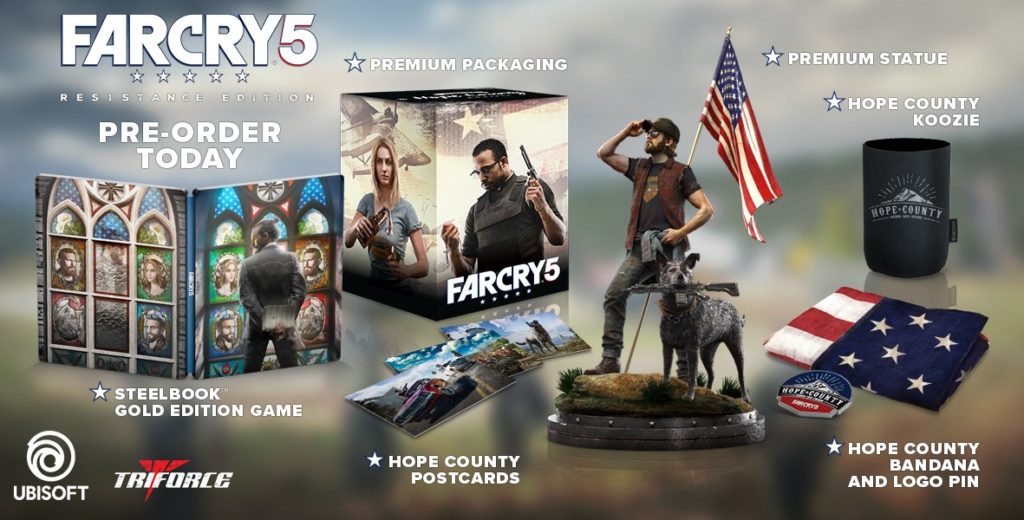 The $180 Uplay Store Hope County, MT Collector’s Edition will include the original soundtrack, the gold edition of the game, the exclusive steelbook, the Hope County Map, and a 17.7″ wide resin Deer Skull Trophy. 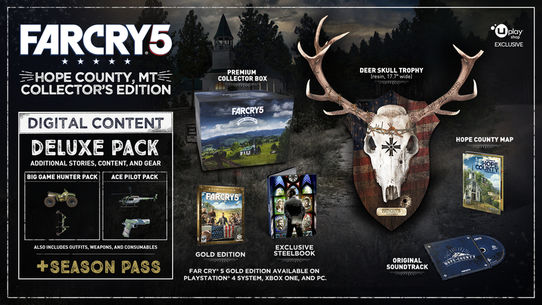 For those across the pond there is “The Father Edition” that includes the game with steelbook, a map of Hope county, the Far Cry 5 soundtrack, and a 12.3 inch statue of the games antagonist Joseph Seed. This edition will be available for £90 (and $160 at Uplay store) and is also an EB exclusive in Australia. 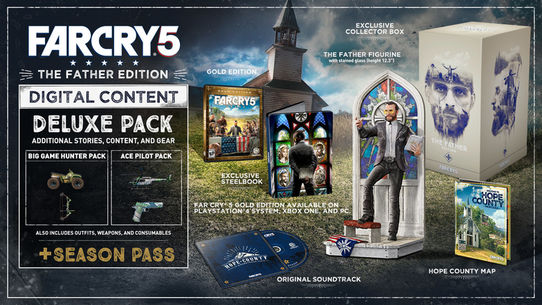 I’m not a huge fan of multiple collector edition launches which seems to be more of cash grab to get the hardcore fans to spend more in order have all the collectibles. Far Cry publisher Ubisoft has been getting worse at this especially after their recent launch of Assassin’s Creed which included a God’s, Dawn, and a $800 Legendary Collector’s Edition.