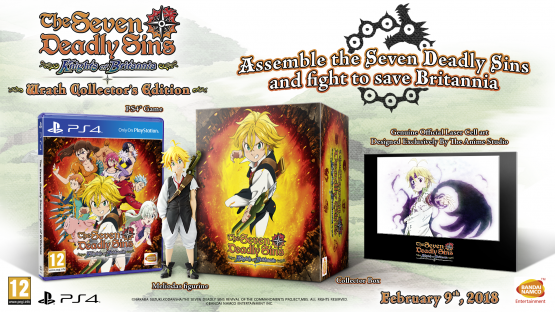 The Seven Deadly Sins is based on the hit Manga series created by Nabaka Suzuki. BANDAI announced today that along with the game release for Playstation 4 on February 9, 2018 there will be a “Wrath Collector’s Edition”. Currently, there has not been any sites with the new edition available for pre-order but I will include links once they pop up. 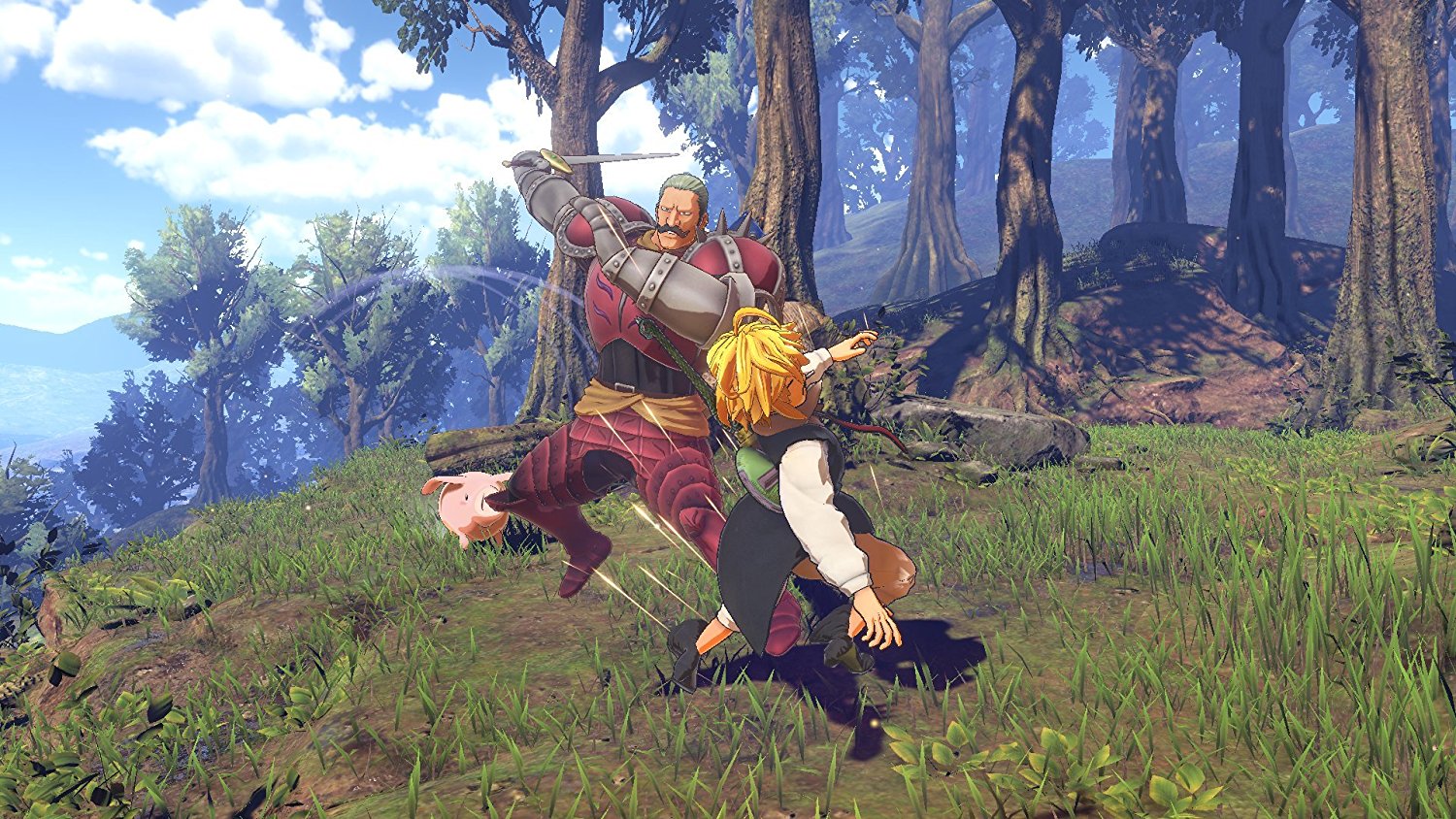 The collector’s will feature The Seven Deadly Sins: Knights of Britannia Full Game, Genuine Official Laser Cell Art designed exclusively by the anime studio, a 4.7 inch figurine of Meliodas by Banpresto, and the collector’s box. If you are a fan of the anime series or manga like I am then this may be a collector’s edition to grab depending on the asking price that BANDAI has yet to announce. I expect it to be around $89.99 but we all will have to wait and see and I will update this post once more information is available.