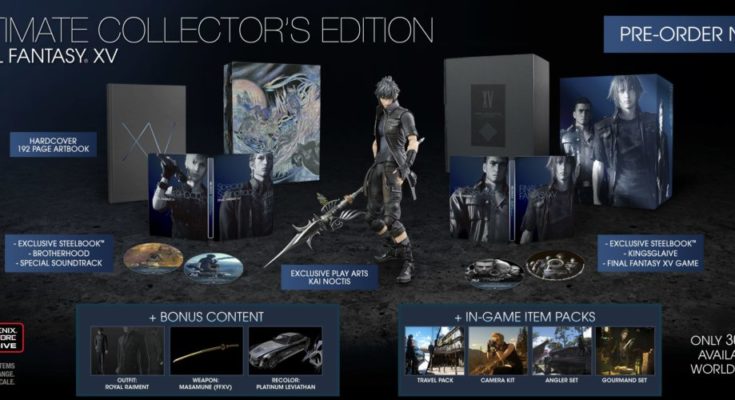 The Final Fantasy series has been one of my all time favorites because of the variety of game play and the meticulous detail in story telling. So of course I had to get my hands on the Final Fantasy XV collector’s edition when it was announced following Square Enix’s special event celebrating the game back in April of 2016. The amount of hype surrounded the game was so immense that is caused the Collectors to be sold out in just half an hour. Luckily, I was one of the few that was able to place my order within that time frame and am now able to share my thoughts on this pricey yet limited Collector’s Edition. 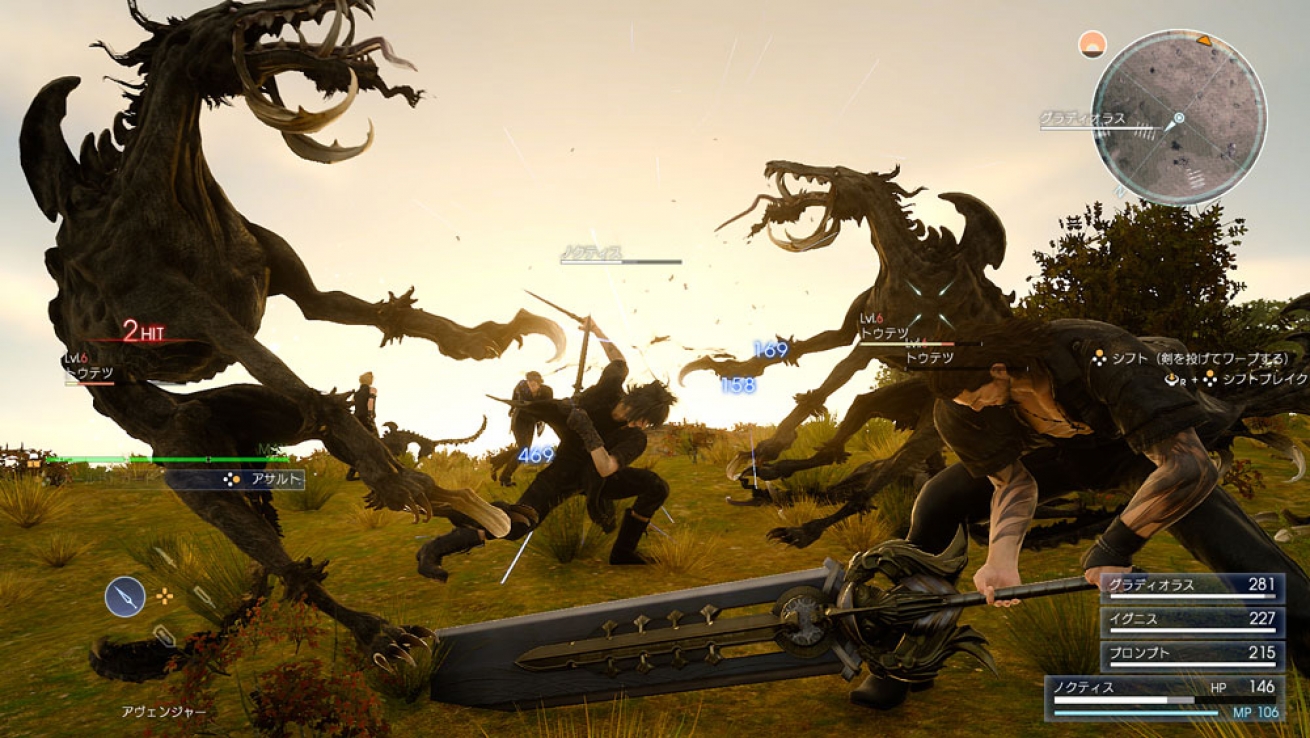 Final Fantasy XV was released on Nov. 29th, 2016 which was a little over 10 years after it was first revealed. There were multiple versions including a Day 1 edition ($59.99), a physical/digital deluxe edition ($89.99), and an Ultimate Collector’s Edition ($269.99). The Ultimate Collector’s Edition (Square Enix online store exclusive) was initially limited to 30,000 copies world wide but after a huge backlash from fans who were not able to purchase that collector’s within the first 30 minutes of selling out Square Enix produced an additional 10,000 copies. The Collector’s included a 192 page artbook, exclusive steelbook containing a special soundtrack and the prequel anime series Brotherhood, a second exclusive steelbook including the side story film Kingsglaive and Final Fantasy XV game, and an exclusive Play Arts Kai Noctis action figure. Along with the physical goods, the collector’s included bonus content such as the Royal Raiment outfit, Masamune weapon, and a Platinum Leviathan recolor as well as an assortment of in-game item packs: travel pack, camera kit, angler set, gourmand set. The one item that was included in the Deluxe edition but not the Ultimate Collector’s which frustrated a lot of fans was the Season pass which gave access to special event goodies, a Holiday Pack, three content packs and three “episodes” devoted to the characters Gladiolus, Ignis, and Prompto. The non-inclusion of a season pass in expensive collector’s editions is not a new concept and has unfortunately become more of the norm today as more and more companies are trying to find ways to grab more money from devoted fans through DLC pay walls and loot boxes.

The collector’s box depicts Noctis, Gladiolus, Ignis, and Prompto on a deep blue background.  The top of the box has a non-returnable if seal is broken label and the games cover art. Inside you will find another box that contains two smaller boxes. The first of which is an intricate magnetic art box that contains within it two steel books and an art book. The steelbook covers are images of the main characters that we have already seen on the front of the box. 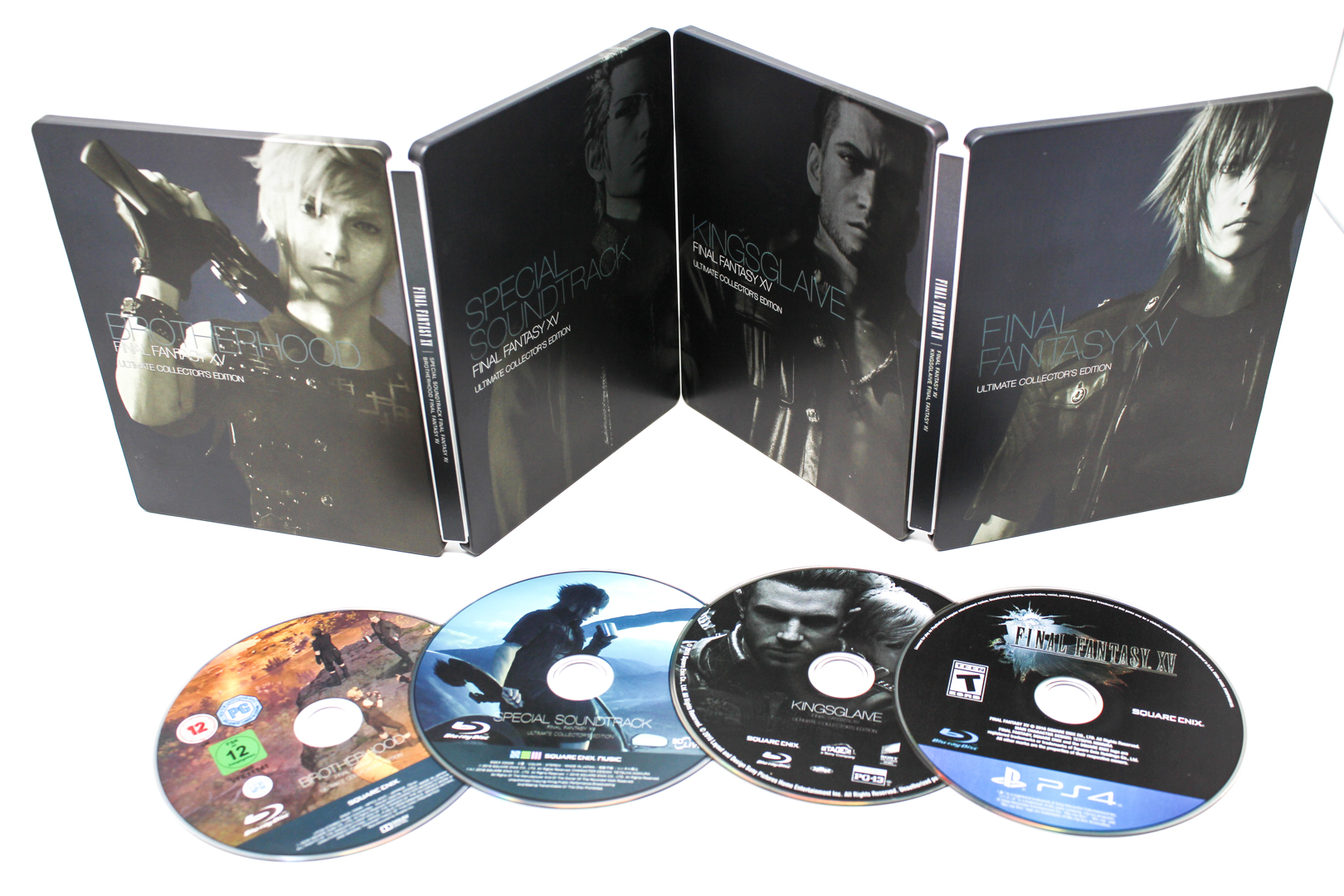 The first of which is Ignis and Promto and second Noctis and Gladiolus.  I kinda wished they went with a more imaginative design than a copy and paste but I will forgive them since the box within has a massive art design mural. 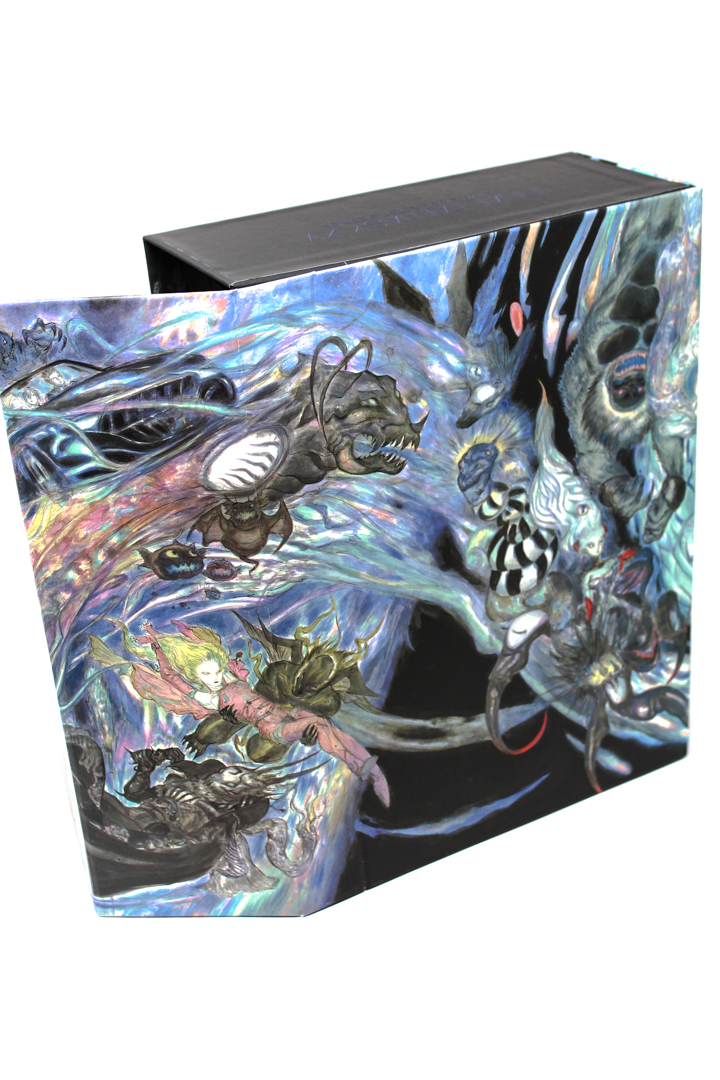 The artbook which contains images of the world, characters, monsters, and landscapes is stunning 192-page hardback and displays a large XV logo on the front. 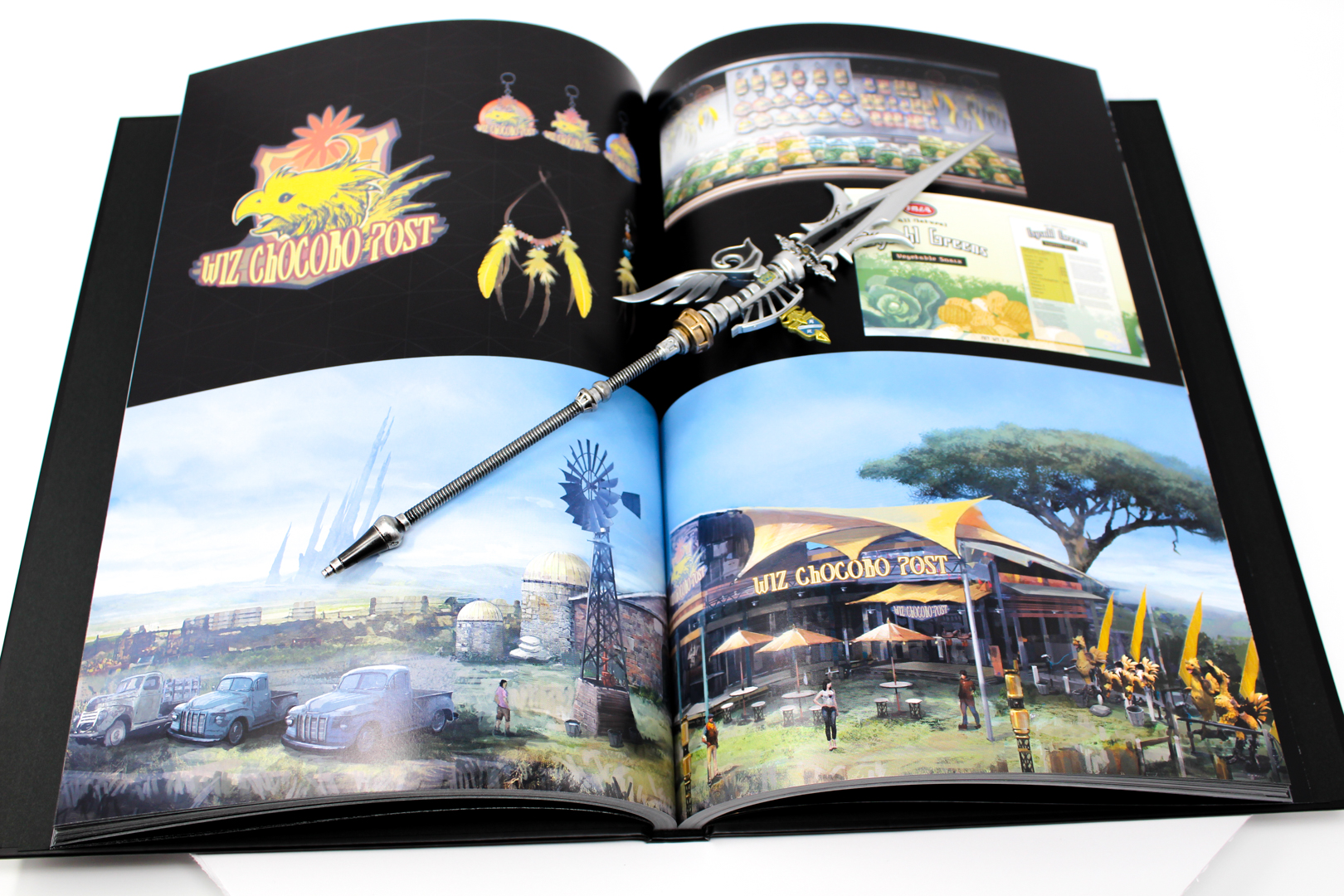 The special soundtrack Blu-ray disc is a nice addition along with the Kingsglaive movie and anime series. The anime series is a must watch, before starting the game, in order to get a general idea of how the band of brothers got to know each other. Lastly, the exclusive Play Arts Kai 26cm version Noctis features a bespoke spear which is a unique variant exclusive to the ultimate edition alongside the engine blade. The figure also includes a stand and interchangeable hands. The detail and actuation’s of the figure are amazing and I really loved the detail in the spear alone.

All in all this collector’s edition was worth the high price tag. If we were to break down the contents: The game ($60), Kingsglaive (~$15), Brotherhood (~$15), Artbook (~$20), Soundtrack (~$10), two Steelbooks (~10), and Play Arts Kai Figure (~$130) we can see why it was priced at $270. Furthermore, adding in the limited production of this collector’s adds value as well since only 40,000 were produced world wide. If you are an avid Final Fantasy fan I would definitely recommend adding the Final Fantasy 15 Ultimate Collector’s edition to your collection if you happen to find it at a good price. My official recommendation is Buy and I give this awesome collector’s a solid 9/10.