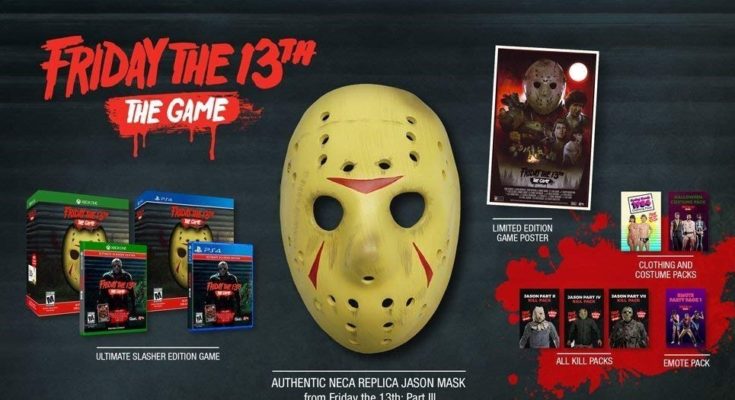 Who doesn’t enjoy the famous Hockey Masked slasher Jason? Well now players can either play as Jason Voorhees and murder numerous camp counselors, or step into the shoes of the counselors and try to survive the night. Gun Media and Nighthawk Interactive have decided to launch several editions of the game, one of which is an “Ultimate Slasher Collector’s Edition” which will only be costing $69.99  and comes with an amazing Jason mask replica from Part III of the series. This edition will also include a limited edition game poster, clothing and costume packs, all kill packs, and emote pack, and the ultimate slasher edition game. Be sure to pre-order quickly since im sure this one will run out fast. You can do so on Amazon

The game will drop September 4th 2018 on both Xbox One and Playstation 4. Will this collector’s edition find its way inside your wallet. Let me know below and as always Happy Gaming my Friends!