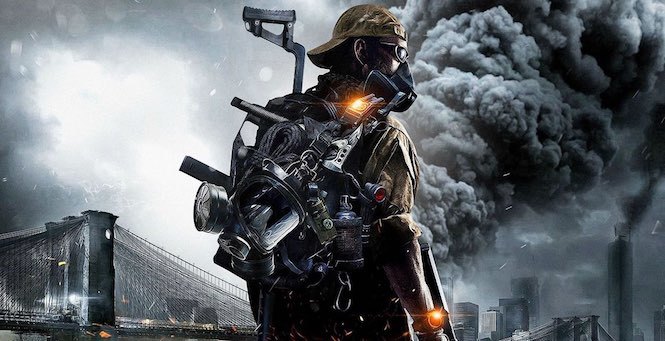 Ubisoft has just recently announced all the additional lineups for its second installment of The Division series. The additional editions include, Gold (physical and digital), Digital Ultimate, Collector’s, and the Ubisoft Store exclusive Phoenix Shield Collector’s Edition. If you pre-order any other edition than the standard, you will be able to play the game three days early on March 12 instead of the 15th. Pre-ordering also gets you access to the Private Beta and the Capitol Defender DLC Pack. 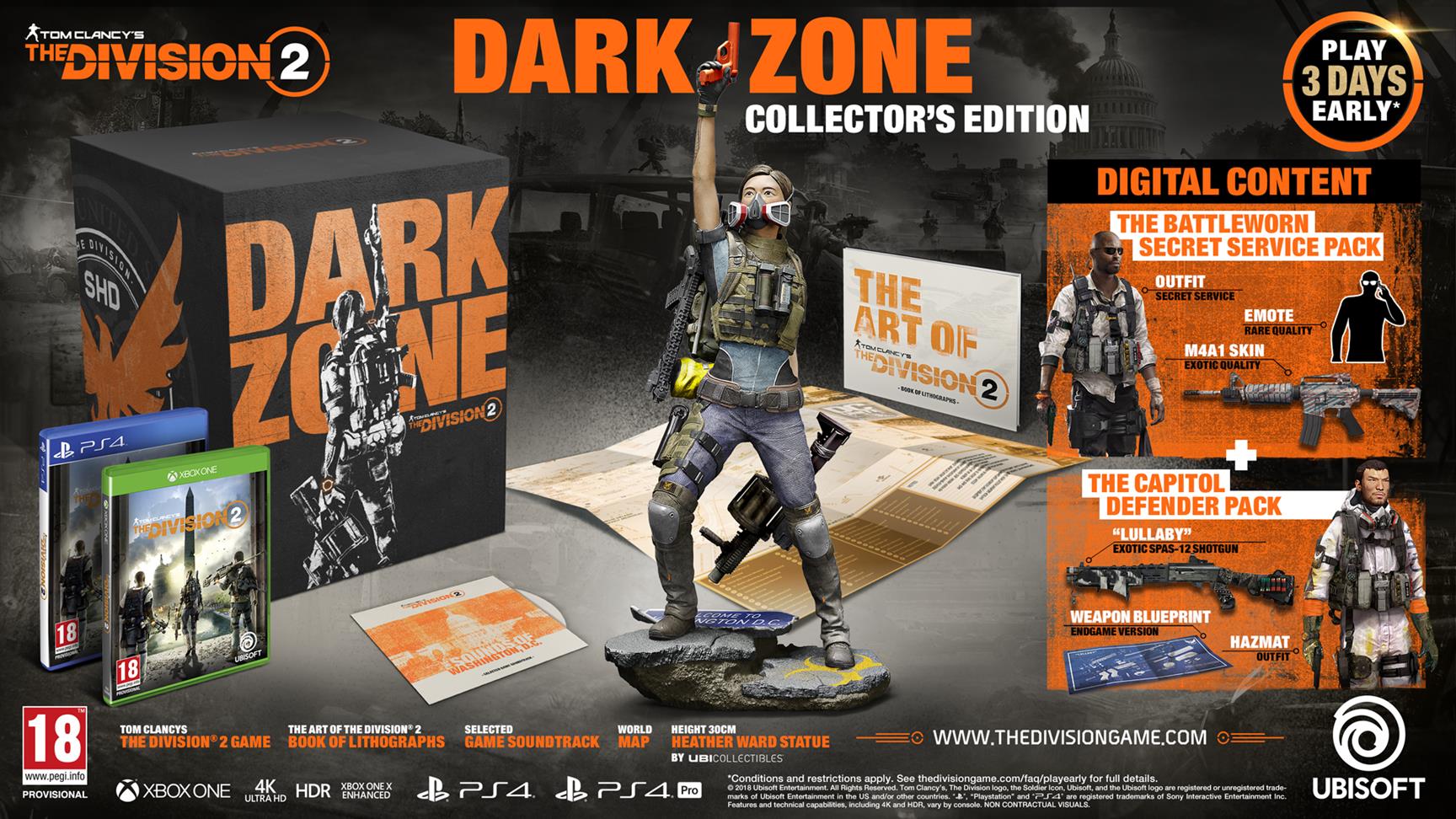 The Dark Zone Definitive Collector’s Edition will be including the Division 2 Steelbook Gold Edition, a 30cm-high Ubicollectibles figurine of Heather Ward, The Division 2 Specialized Agent, a book of lithographs, the game soundtrack, The BattleWorn Secret Service Pack DLC, and a Washington, DC map all in a premium box. 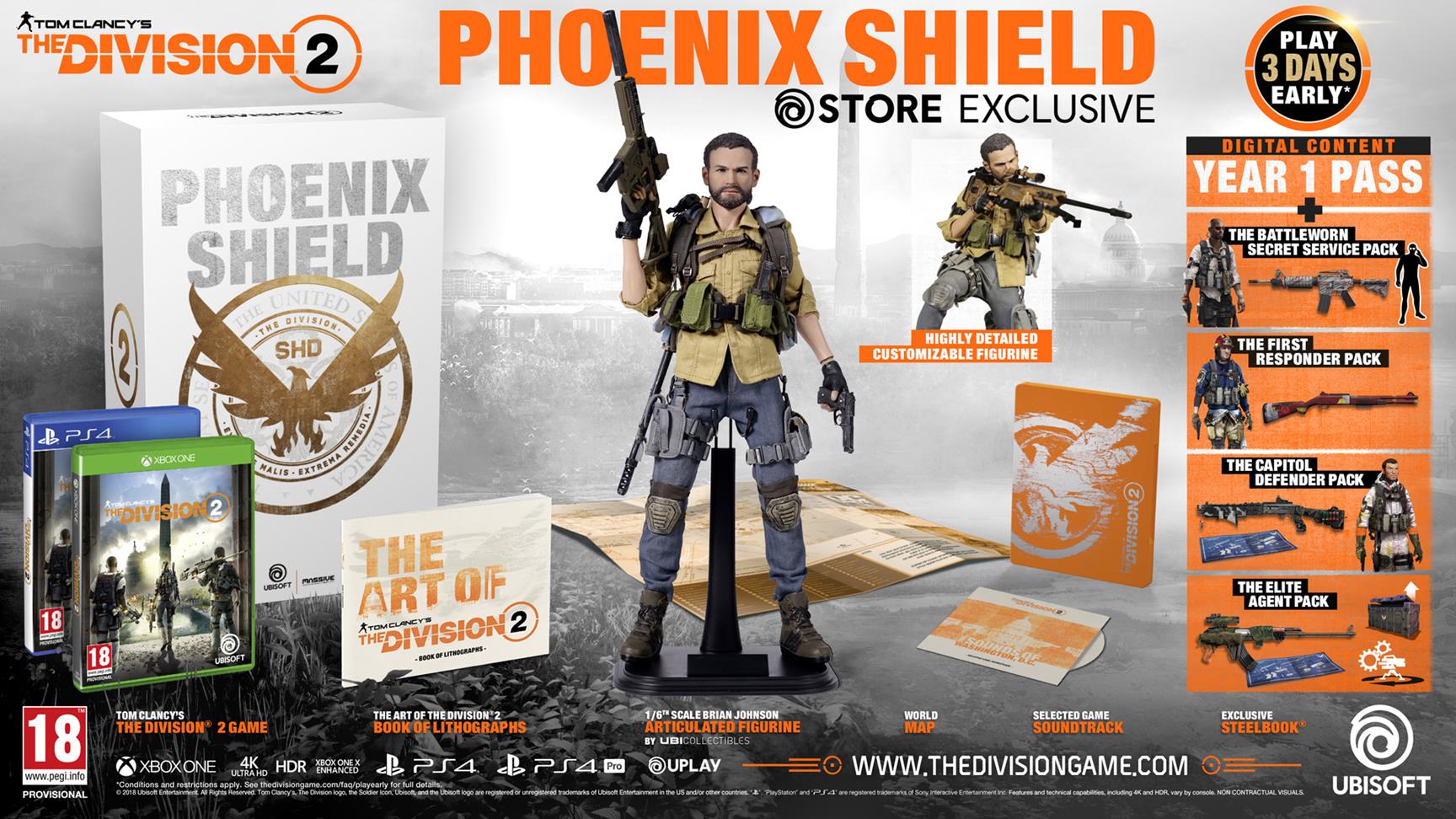 The Division 2 will be released on March 15, 2019 on PC, PS4, and Xbox One and can be pre-ordered HERE. Will you be diving into the dark zone, let me know below and as always Happy Gaming my Friends!