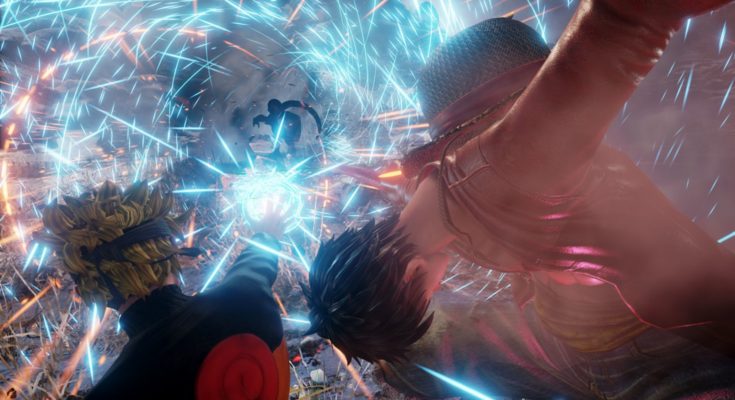 Bandai has announced that Jump Force will have a Collector’s edition along with a Season Pass coming out in February. Players who pre-order will receive three exclusive costumes, as well as Frieza’s Hover Pod, which can be used as a lobby vehicle. 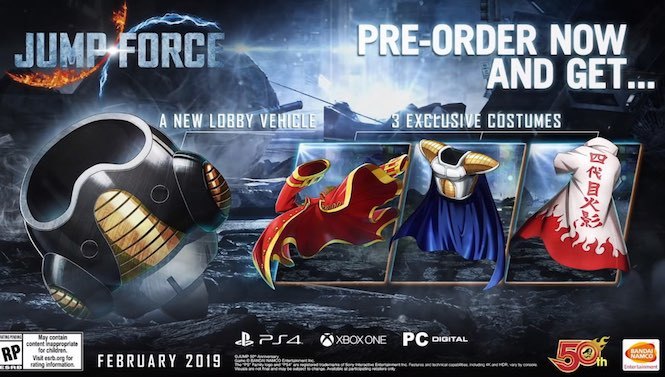 The $260 Collector’s Edition will include a 30cm (~12 inch) tall diorama statue featuring Naruto, Goku, and Luffy and includes a physical copy of Jump Force, three art boards, a SteelBook case, and several other exclusive items Bandai Namco did not reveal. 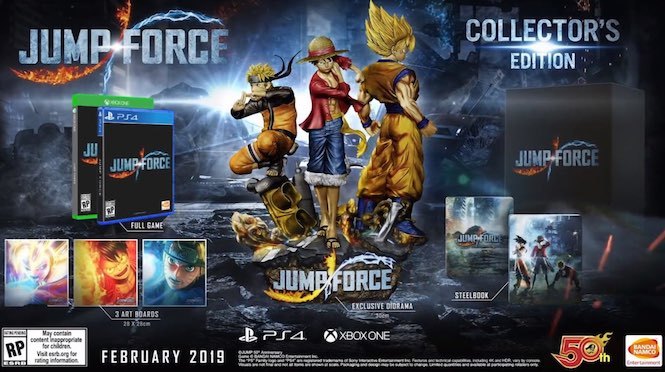 Console players can already register for a closed beta till October 7 which will begin on October 12-14th.

You can pre-order Jump Force HERE for PS4 and XboxOne.

Are you going to be getting this Collector’s. Let me know below and as always Happy Gaming My Friends!