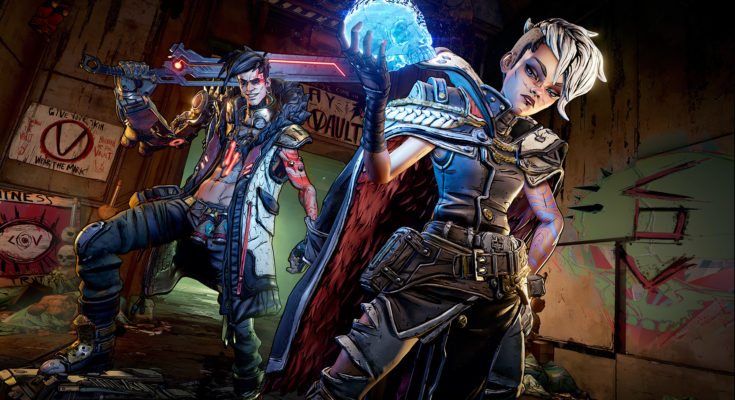 This has been an exciting week for Borderlands Fans around the world with the recent announcement of the long awaited Borderlands 3 sequel. Revealed alongside the announce trailer, the “Diamond Loot Chest Collector’s Edition”, will include a replica of the Diamond Loot Chest, 10 character figurines, a Sanctuary 3 snap model, and more. This edition will be exclusive to Gamestop in the US and Game for those across the pond.

Here is the detailed list of what is included with each edition and also some quick links to Amazon/Gamestop, for those looking to pre-order.

Additionally, there is also a Deluxe and Super Deluxe versions of Borderlands 3 that are available digitally. The Deluxe version of the game will cost you $79.99 USD and come with the following items:

For those wanting to purchase the Super Deluxe version it will cost $99.99 USD and include the following items:

Borderlands 3 is set to release on September 13 for Xbox One, PS4, and PC. A full gameplay reveal of Borderlands 3 will take place on May 1.

Will you be getting the Collector’s? Let me know in the comments below and as always Happy Gaming My Friends!

Some links to supporting retailers are automatically made into affiliate links, and BloodOfTheNinja CE may receive a small share of those sales.