The Assassin’s Creed God’s Collector’s Edition includes the Deluxe Edition of the game, a 10.2″ Bayek Figurine, the official soundtrack, an art book. a map, the Desert Cobra Pack, Naval Mission, and the Pre-Order Mission: Secrets of the Pyramids. The cost of this edition comes at a $120 with more expensive options available, up to a $800 Legendary Collector Edition for the truest of fans with the largest wallets. 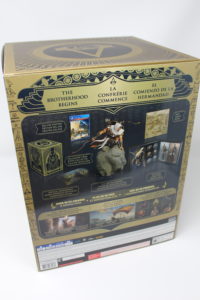 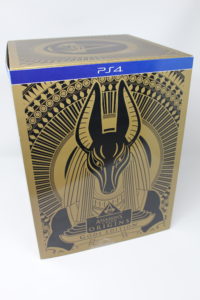 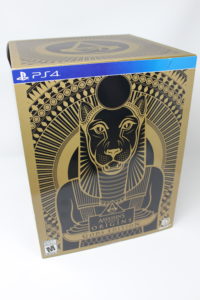 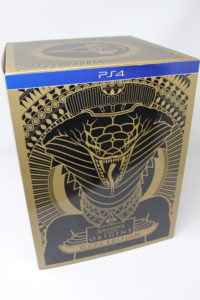 After removing the sleeve you are revealed a nicely packaged statue with a detailed background and secret compartment underneath that opens up to reveal the map, art book, and soundtrack. 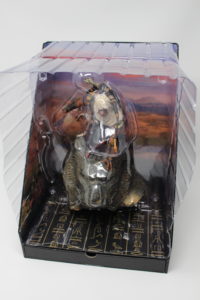 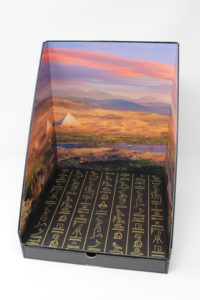 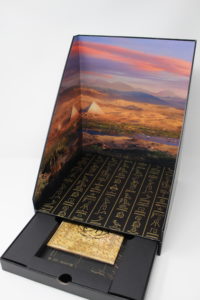 The main item in this collector’s edition is the 10.2″ statue of Bayek standing on the Sekhmet Statue, the lioness goddess. The statue is made by Pure Arts and weighs in at 2lb 1.4oz. The coloring and weathering are done well with this statue and the use of metallic gold’s and bronzes make this piece stand out.

Overall, this collector’s edition has everything a fan of the series would want and I can’t wait to listen to the soundtrack and delve into the art book.

If you want to purchase this awesome collector’s edition you can do so here: http://amzn.to/2zGikrs