Final Fantasy XIII-2 is a role-playing video game developed and published by Square Enix for the PlayStation 3 and Xbox 360. The game was originally released on Dec 15, 2011 in Japan and later in 2012 in North America and PAL regions. The game is a direct sequel to the 2009 released Final Fantasy XIII and is part of the Fabula Nova Crystallis sub-series. Overall the game received much praise for its game-play, graphics, and lack of linearity but the games story was considered weak and confusing. Along with the games traditional release, Square Enix released several region specific Limited/Collector’s Edition’s of the sequel.

The North America Collector’s Edition includes a 4-disk Original Soundtrack, Special Digipak packaging including slipcase, contents of concept art book bound directly into the packaging and was originally priced at $79.99. This collector’s is frequently on sale on the Square Enix Store but can also be bought anytime on Amazon 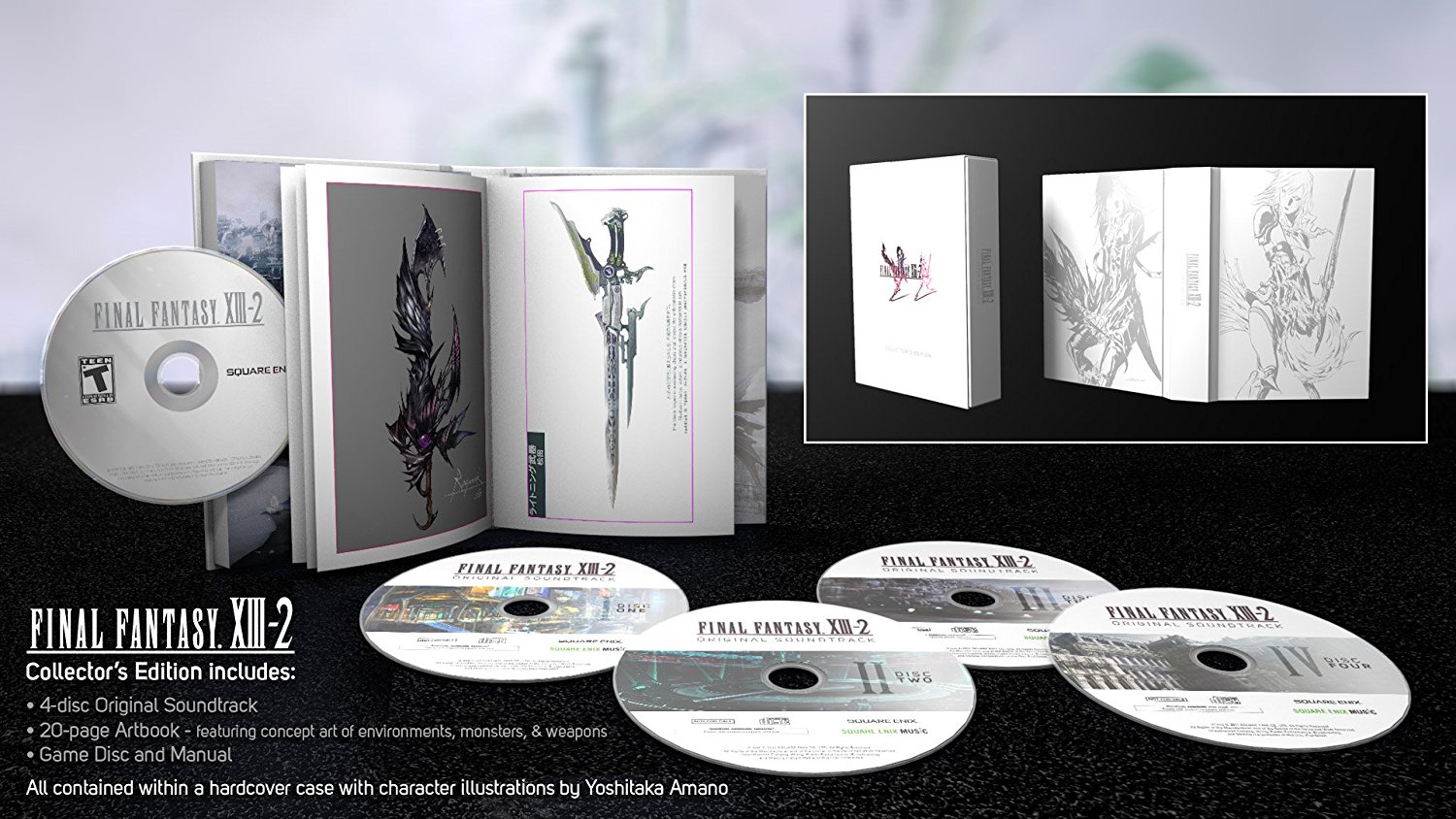 The Collector’s Edition was a bit underwhelming but with the price drop it is definitely worth it especially if you can snag it for $9.99 during one of the major Enix Store sales throughout the year. The soundtracks, like most of the Final Fantasy series, are great listening music while studying and the artwork is fantastic even though I wish it came in an additional book instead of being attached to the box. I would have also liked to have seen the game in a steel case with exclusive artwork but back then steel cases were more of an oddity than today’s norm. Overall, the Collector’s is very simplistic with no major bells or whistles but will keep true Final Fantasy fans happy. I rate this collector’s edition a 6/10 and consider it a Buy if you get it on sale.

Europe on the other hand received two limited edition versions that came in the form of a “Crystal Edition” and “Limited Collector’s Edition”. The Crystal Edition also includes the 4-Disk Original Soundtrack, an exclusive Final Fantasy XIII-2 T-Shirt, an Artbook, 6 collectible postcards, and a High Definition Lenticular Artprint showing an iconic image of Lightning and was originally priced at £67.85 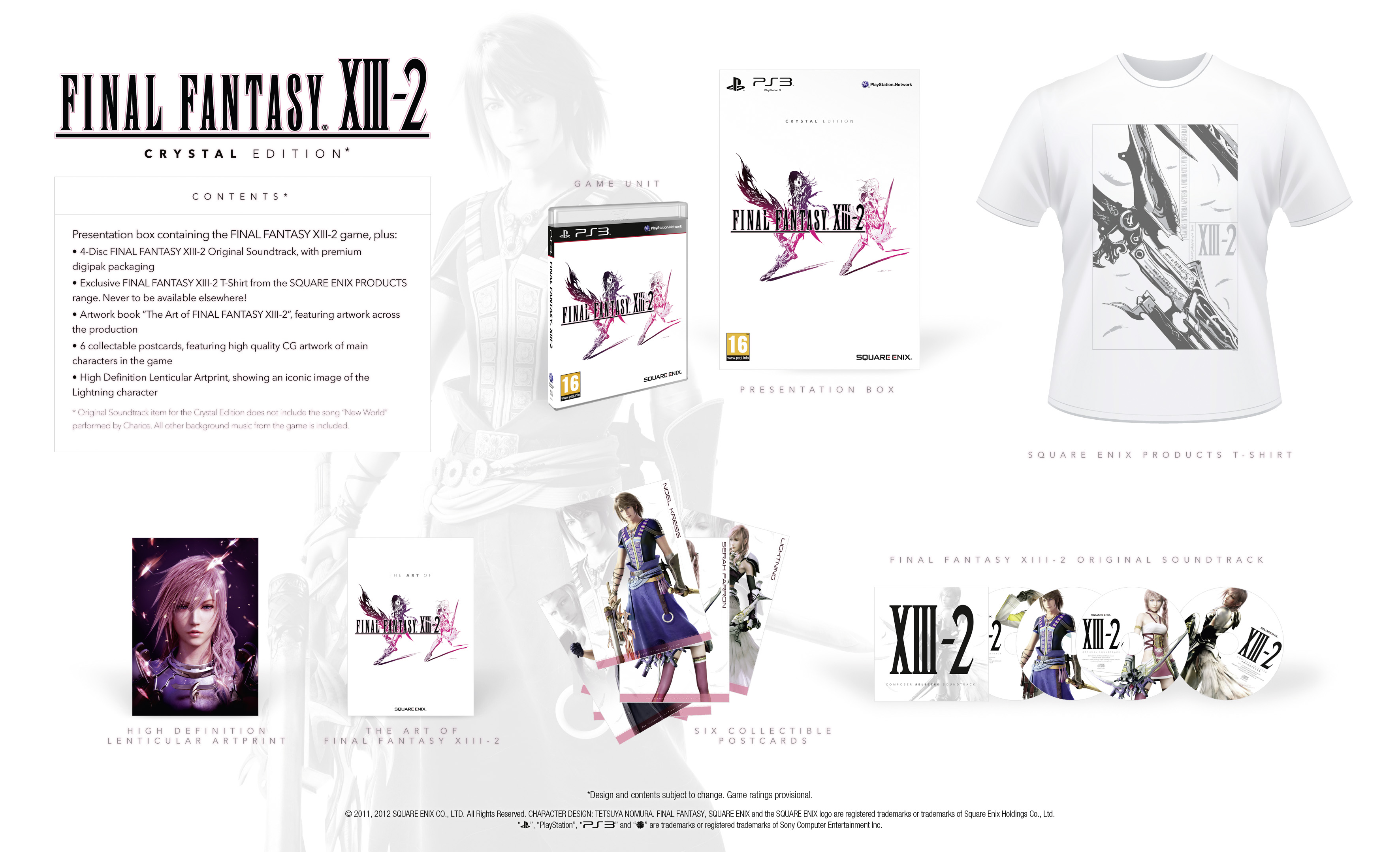 The Limited Collector’s Edition includes Composer Selected Soundtrack, an Artbook, 6 collectible postcards, and the High Definition Lenticular Artprint and was originally priced at £36.85 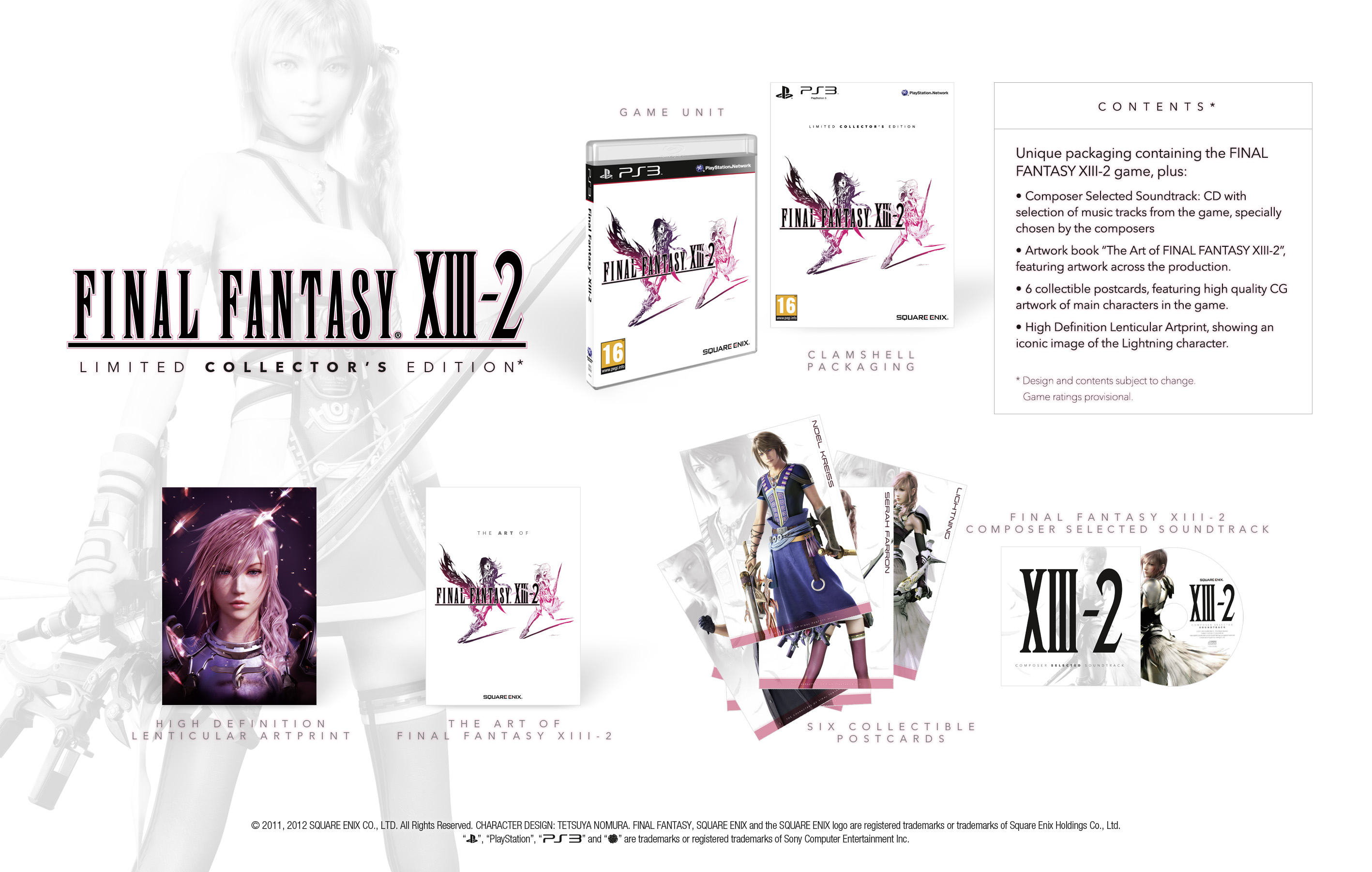 Remember to sign-up for the Email listing on the home page to get the latest news/reviews on all things Collector’s Editions directly to your inbox and hope you have a nice day!