The sequel to the open world racer The Crew by Ubisoft is dropping June 29 for PS4, Xbox One and PC. Along with the physical edition release The Crew 2 will be getting a special “Motor Edition” which will allow players to play the game 3 days early and will also include: 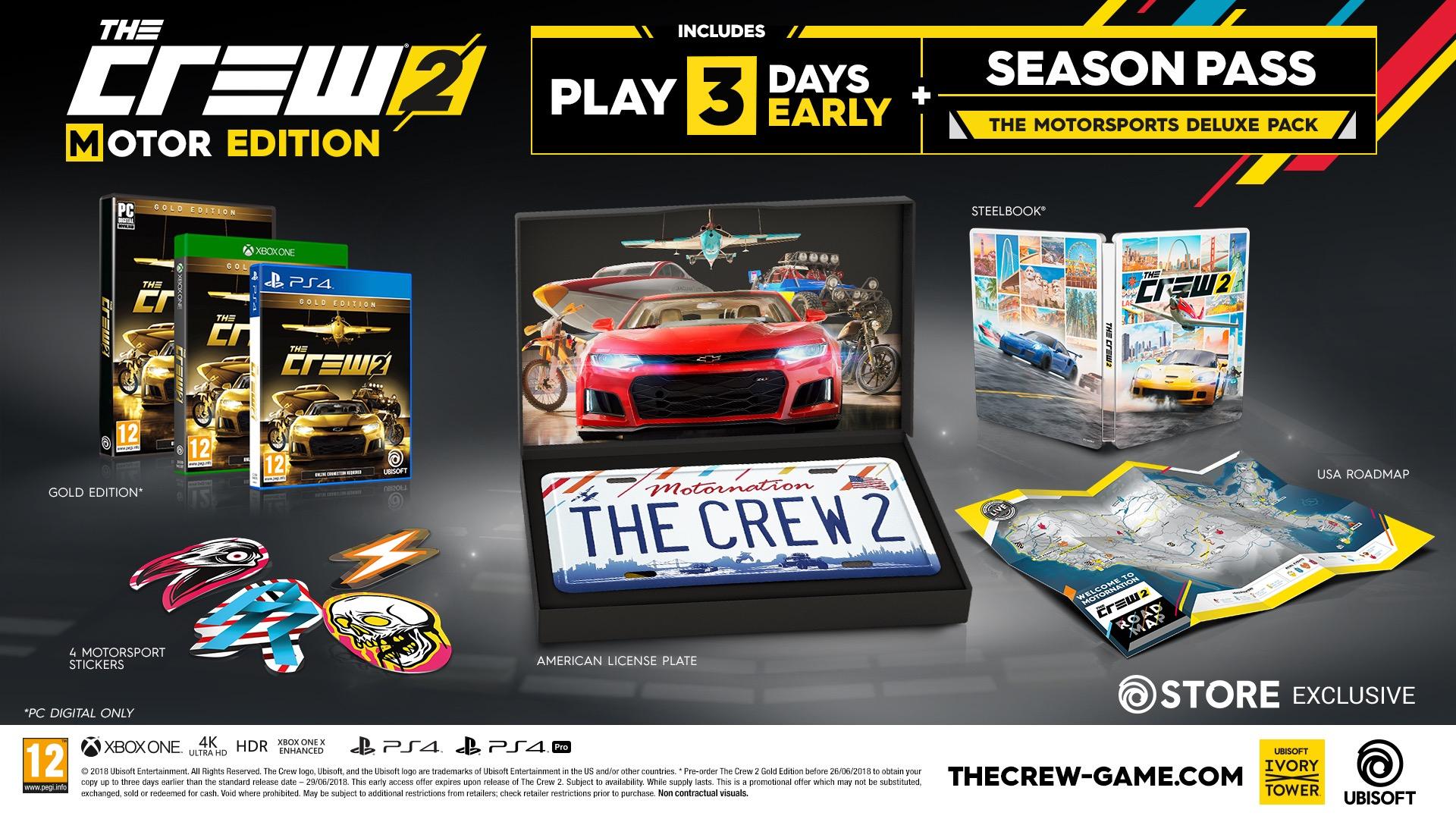 Furthermore, players who pre-order any version of The Crew 2 will recieve the Legendary Motors Pack that includes the Mercedes-AMG C 63 Touring Car 2016, and the Harley-Davidson Iron 883TM 2017.

Lastly, players who are interested in participating in The Crew 2 Beta can sign up for there chance at playing the game early HERE

Thanks again for dropping by and remember to visit again for all Thing Collector’s Edition. Happy Gaming my friends!