Sony has confirmed the release of the much anticipated Spider-Man game for PS4 from Insomniac Games to be September 7, 2018. Alongside the base game there will be several special editions/pre-order bonuses. The lowest special edition, Digital Deluxe edition, being priced at $80 will get you the base game and post-launch DLC “New Story Chapters”. 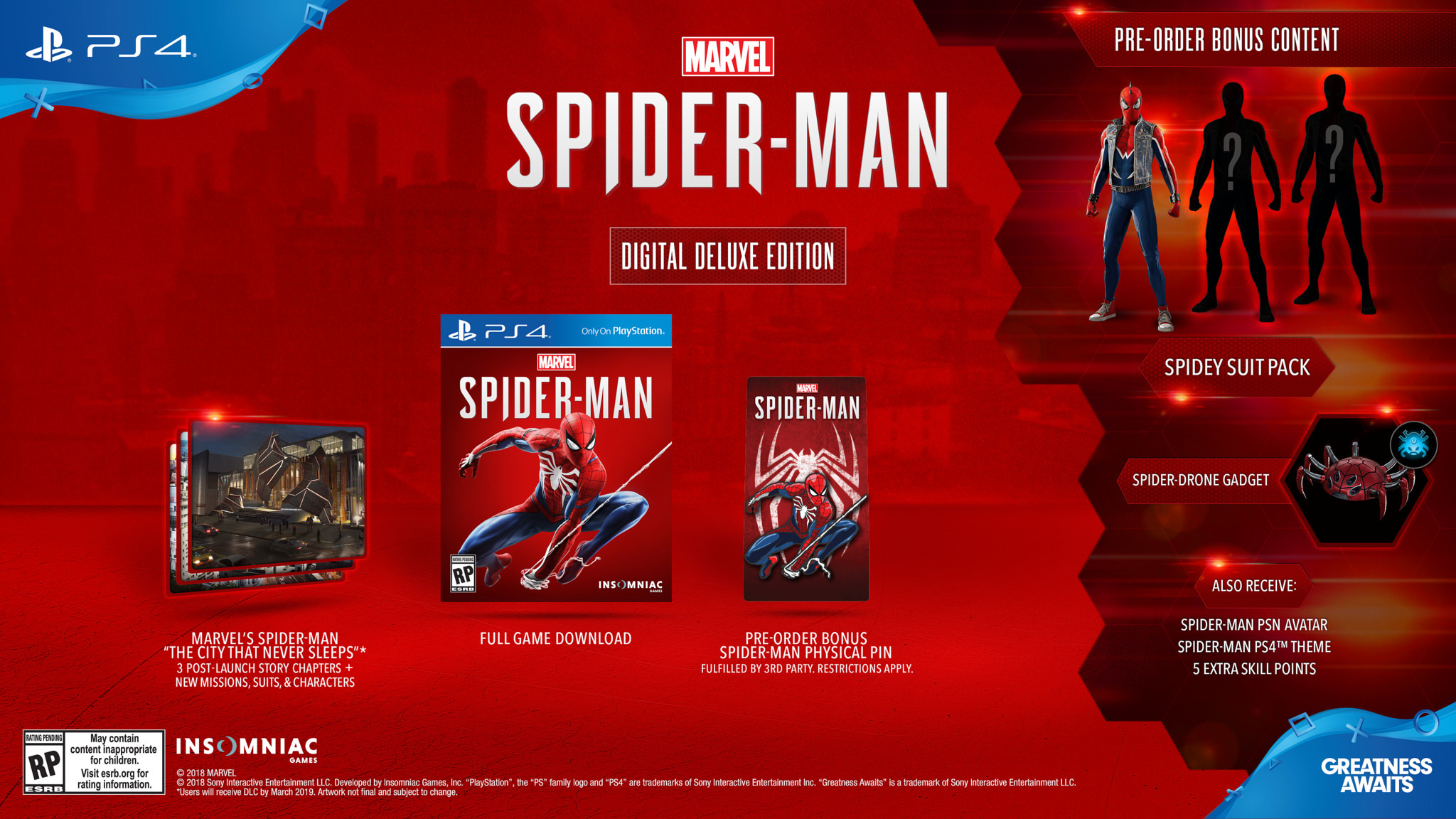 The Collector’s Edition will cost a bit more at $150 and include the same DLC along with a steelbook case, a mini artbook, and a Spider-Man statue (that has only been partially revealed). This edition will be limited and has already been sold out at EB games so make sure to lock in your copy if your a huge spidey fan before its too late. 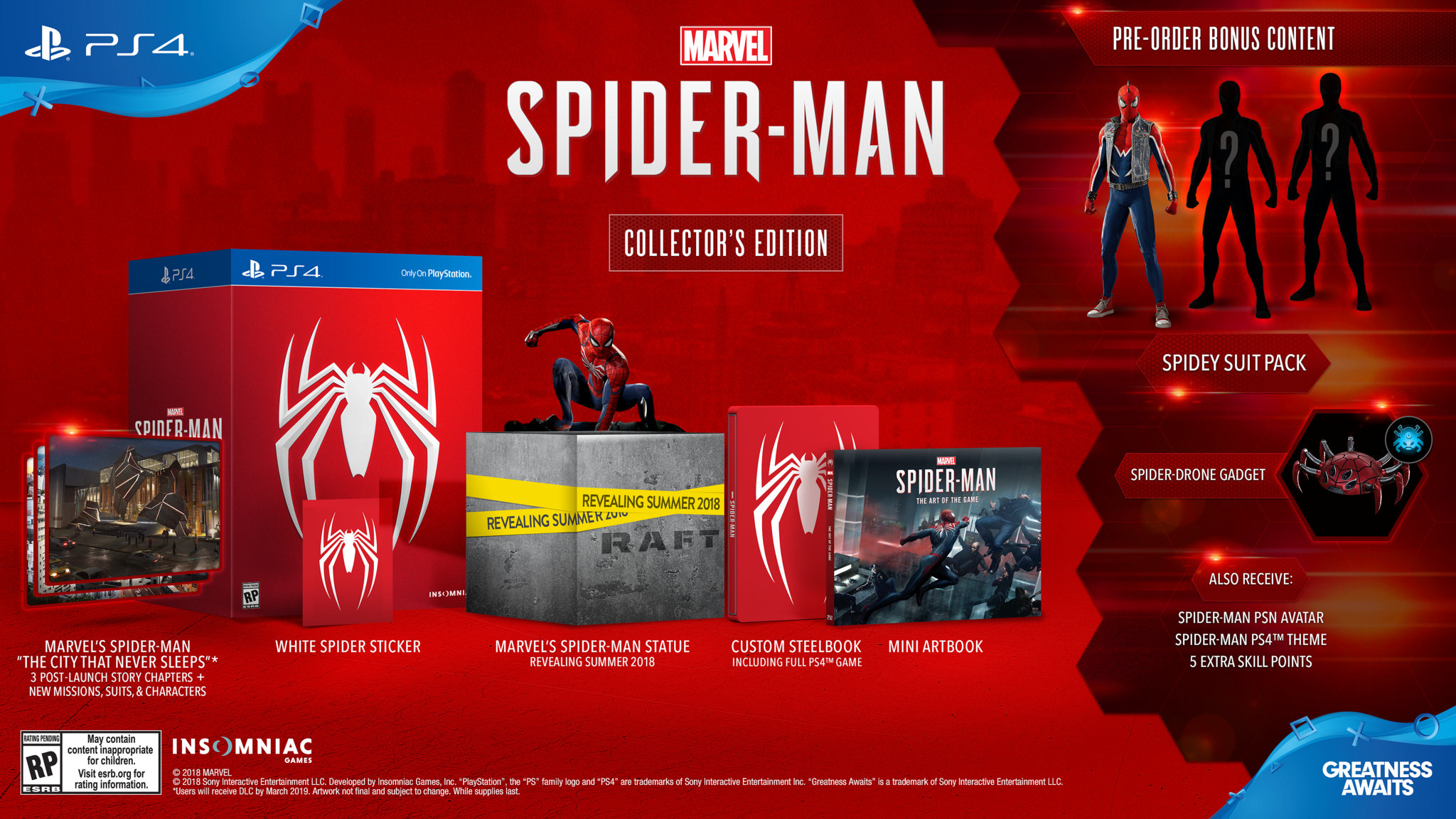 I will be pre-ordering a copy and will be doing a full review when it’s released so make sure to check back if your interested in seeing all the goodies coming with this Collector’s Edition. As always Happy Gaming my friends.