The release date was revealed in a new story trailer that also unveils the new Deluxe/Collector’s Editions. The Deluxe Edition will be priced at $99.99 and includes a physical copy of the game, the season pass (3 playable characters +2 armor packs and a season bonus playable character), soundtrack on disc, and a metal case with a built-in soundbox featuring four in-game voice overs, which is pretty awesome. 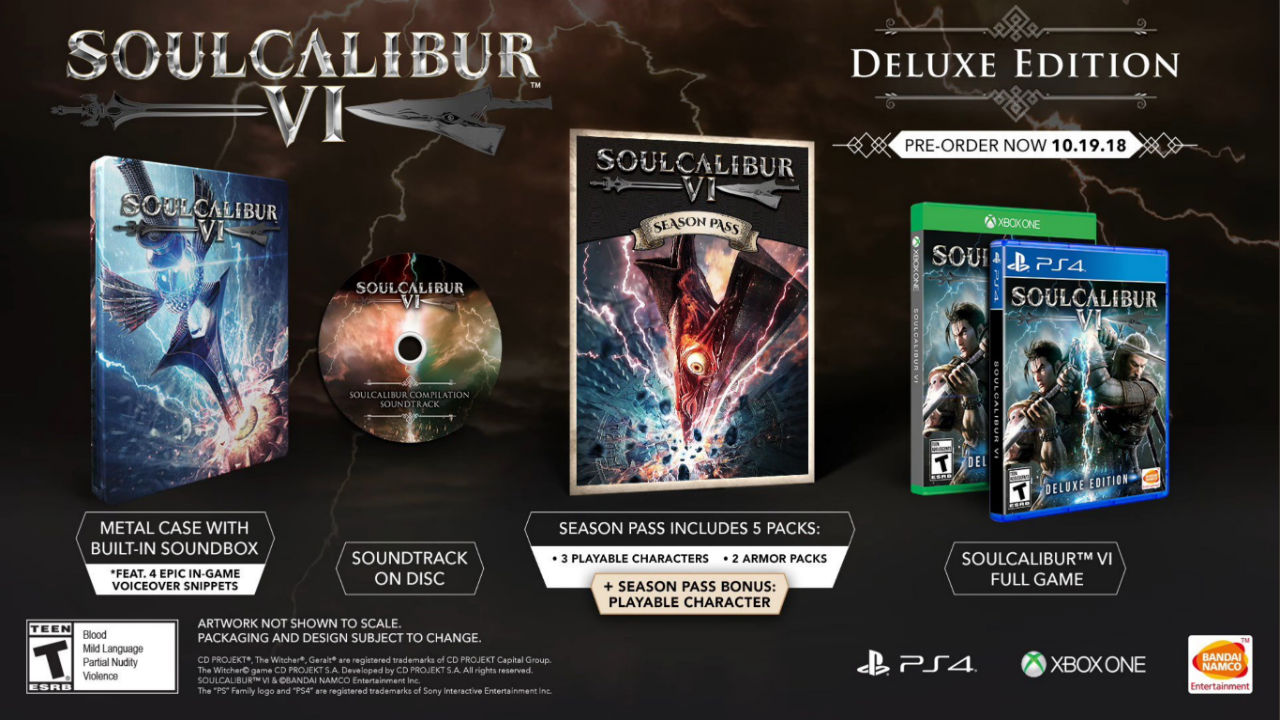 The Collector’s Edition (which I will be reviewing later) is priced at $149.99 and includes all the items in the deluxe edition plus a 12″ collectible Sophitia figure and 120 page artbook all inside a Collector’s Box. 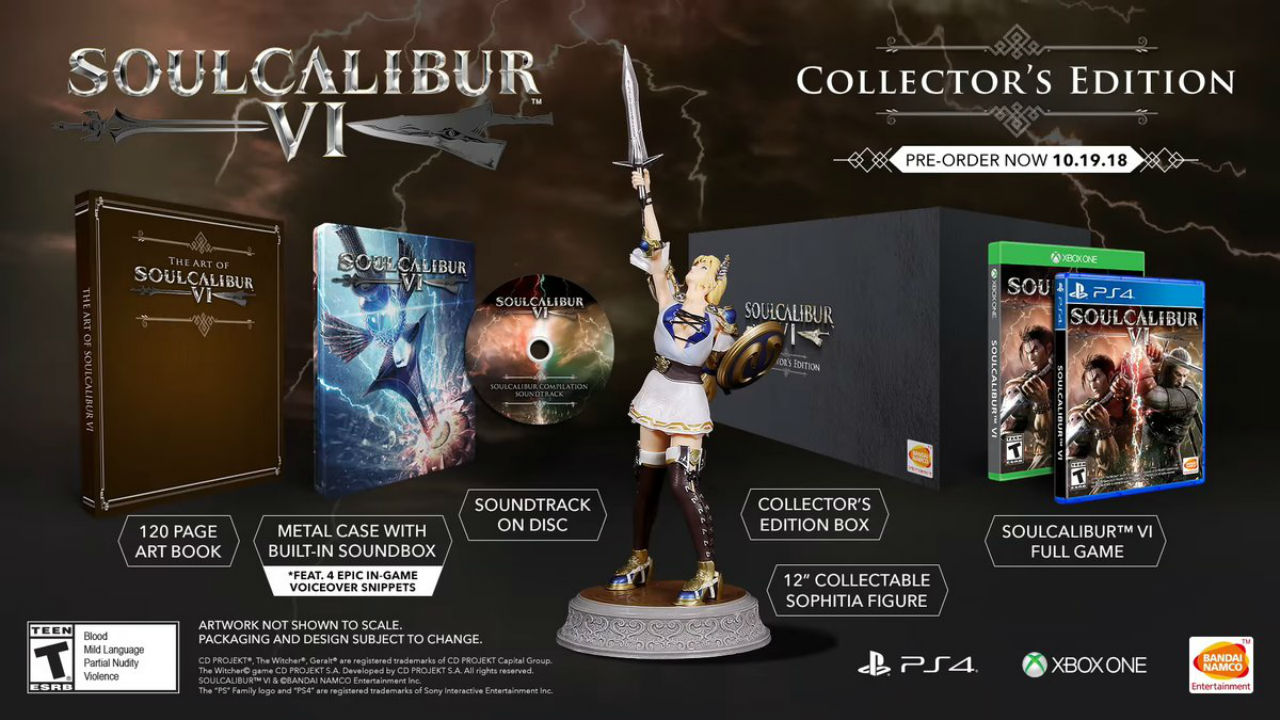 Soulcalibur VI will be released on October 19, 2018 for the Playstation 4 and Xbox One. You can preorder the Standard, Deluxe, and Collector’s Editions today and as always comment, like, and share below and Happy Gaming my Friends!