Resident Evil 2 will be a total remake of the PS1 version which is super exciting and along with all the hype Capcom has announced a Gamestop/EB Games Exclusive Collector’s Edition. 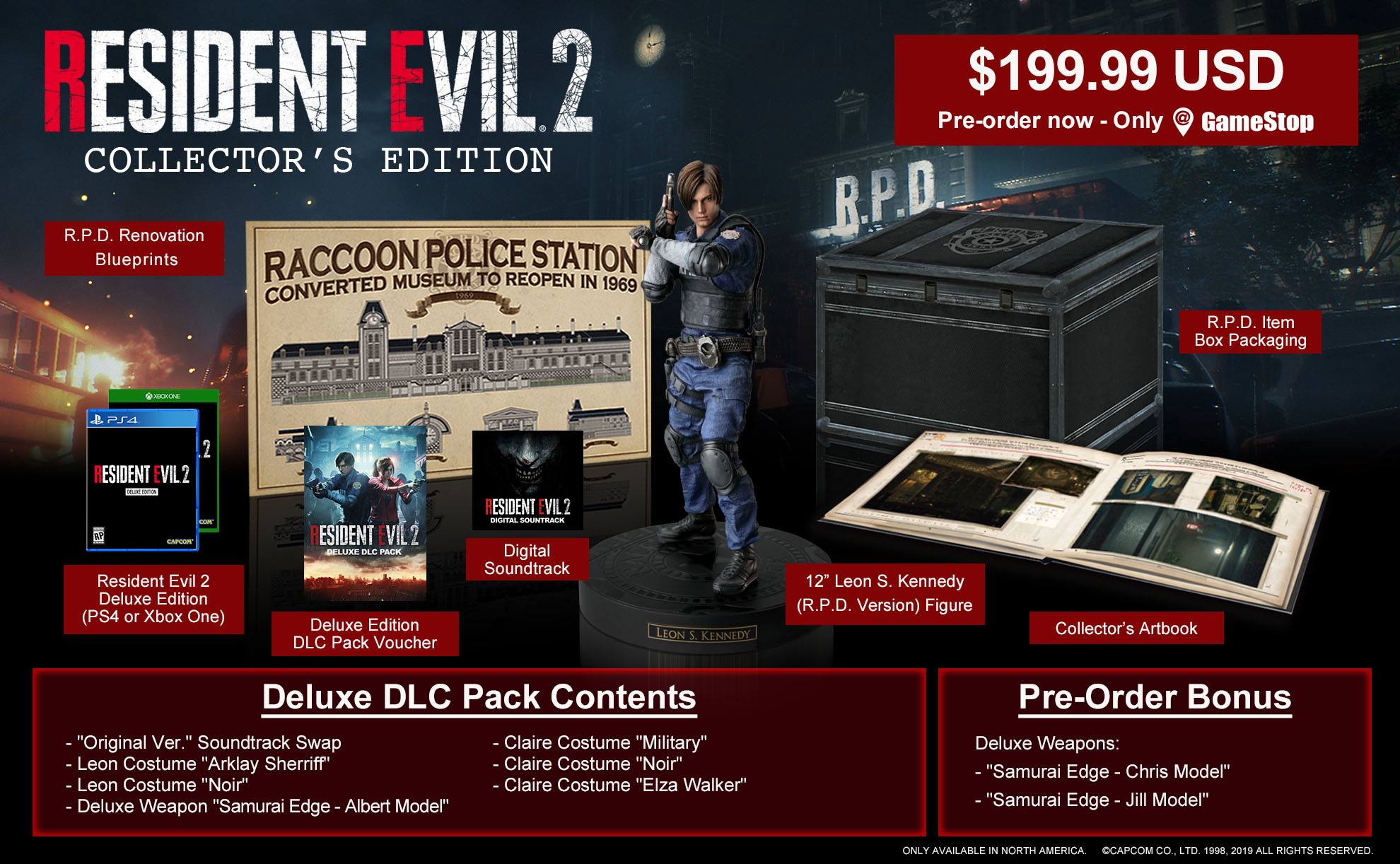 Resident Evil 2 remake will release on Playstation 4, Xbox One, and PC on January 25, 2019 and can be pre-ordered HERE. Is this Collector’s going to makes its way into your collection. Let me know below! As always Happy Gaming my Friends!