The highly anticipated zombie-fueled action adventure game exclusive for Sony Playstation 4 was announced this week. The game is slated to be released on April 26, 2019. The Collectors Edition (which can be purchased HERE) will come with the following goodies: Game Disc, Steelbook, Physical Soundtrack, 28 page mini-art book by Dark Horse Comics, Collector’s Edition Statue, Set of Patches, Six Pins, Four Decals, and as a pre-order bonus you will also get the Drifter Crossbow Early Unlock, Gas Tank Upgrade #1, Nitrous Upgrade #1, and Shroud Upgrade #1. 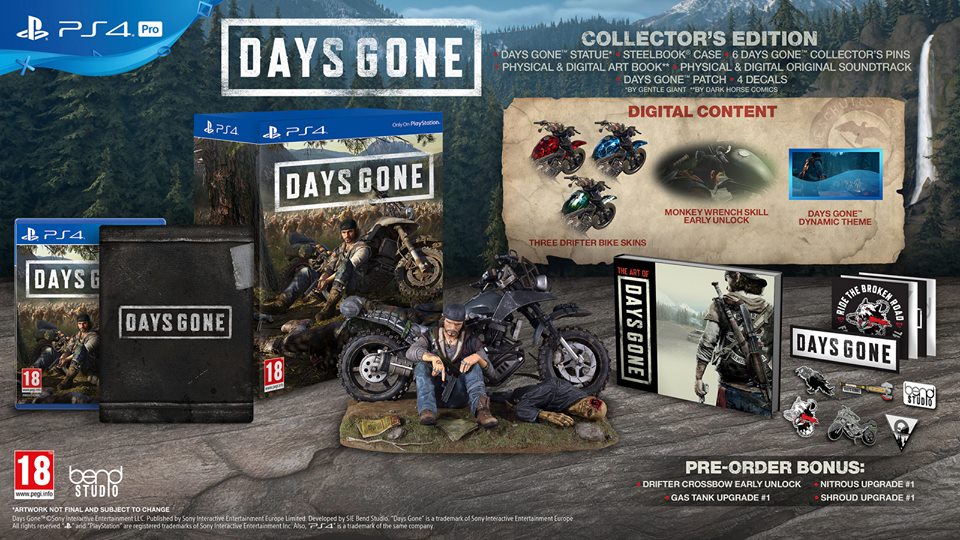 The game has had several delays since its first announcement, so we can only hope that the delays were worth it. The Collector’s Edition will retail for $139.99 which is pretty well priced for the goodies listed compared to some of the other recent Collector’s Announcement’s *Yes, i’m looking at you Mortal Kombat 11 $299 and Jump Force $259* I will be adding this one to my own collection, how about you? Leave your comments below and as always Happy Gaming My Friends!