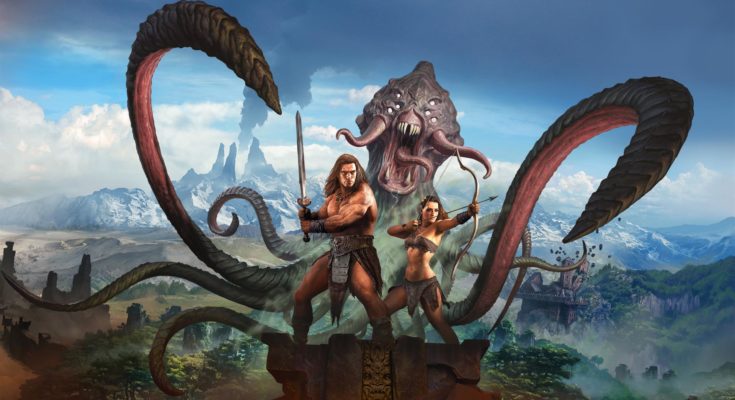 Conan Exiles developed by Funcom will be released for Playstation 4, Xbox One, and Pc on May 8, 2018. The game has been in early access all year and can be purchased on PC for $29.99 and for $49.99 on Xbox One’s Game Preview program. The physical Day One retail version can be pre-ordered now from select retailers, and it comes with the pre-order excluisve Conan’s Atlantean Sword in-game item and a printed map of the Exiled Lands. 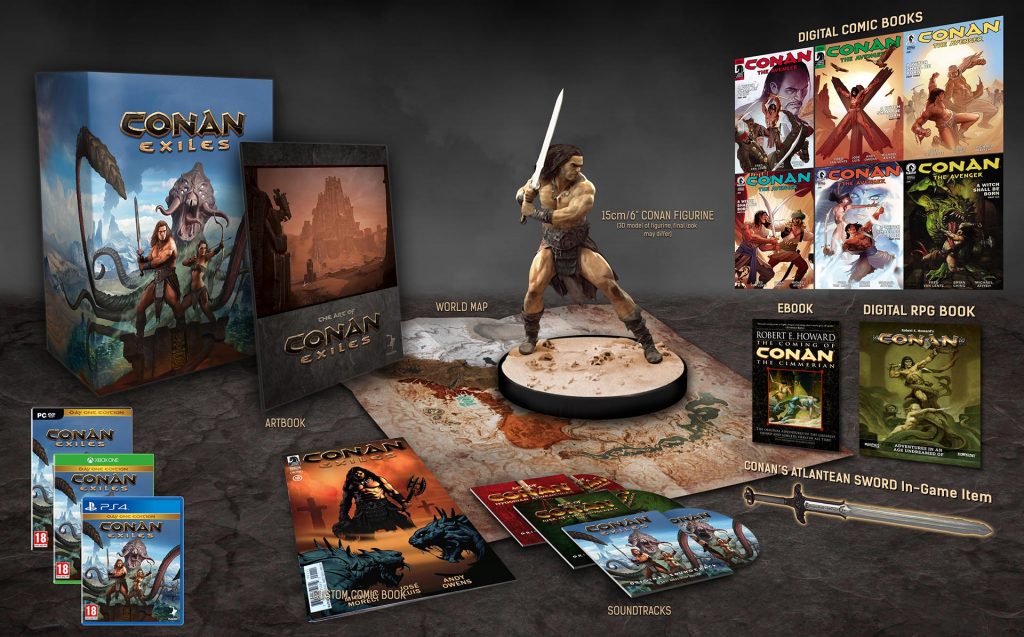 Furthermore, a limited collector’s edition of the game was announced. It features a custom comic book; three soundtracks from Age of Conan: Hyborian Adventures, Age of Conan: Rise of the Godslayer, and Conan Exiles; a physical world map; six digital comic books; a digital 496 page RPG book; a full color physical print art book; and a 6 inch (15 cm) Conan the Barbarian polyresin figurine modeled after Conan from the Conan Exiles cinematic trailer. The price on the collector’s has yet to be released and is unavailable to pre-order but I will be updated this posting once it is available so make sure to drop back in at a later date or sign up for emails above to stay up to date on the latest news and reviews!