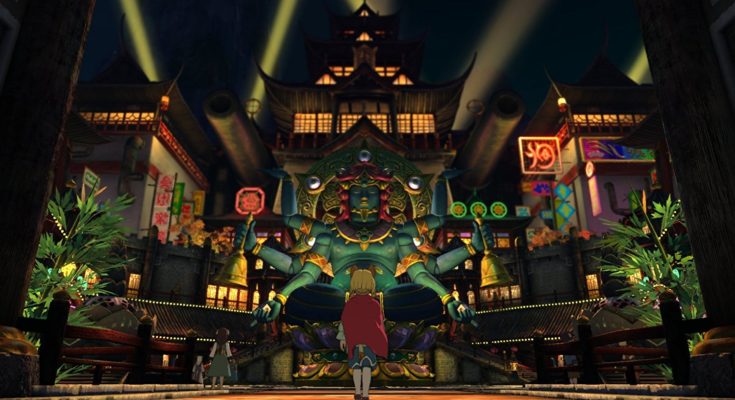 Animated RPG adventure game Ni No Kuni created by Level-5 continues its adventure in Revenant Kingdom for PS4 and PC on March 23, 2018. Alongside the traditional game release, Bandai announced that there will also be available, in limited quantities, Premium and Collectors editions.

The standard “Day One” copy of the game will come with the Special Sword DLC pack that includes 5 rare weapons. 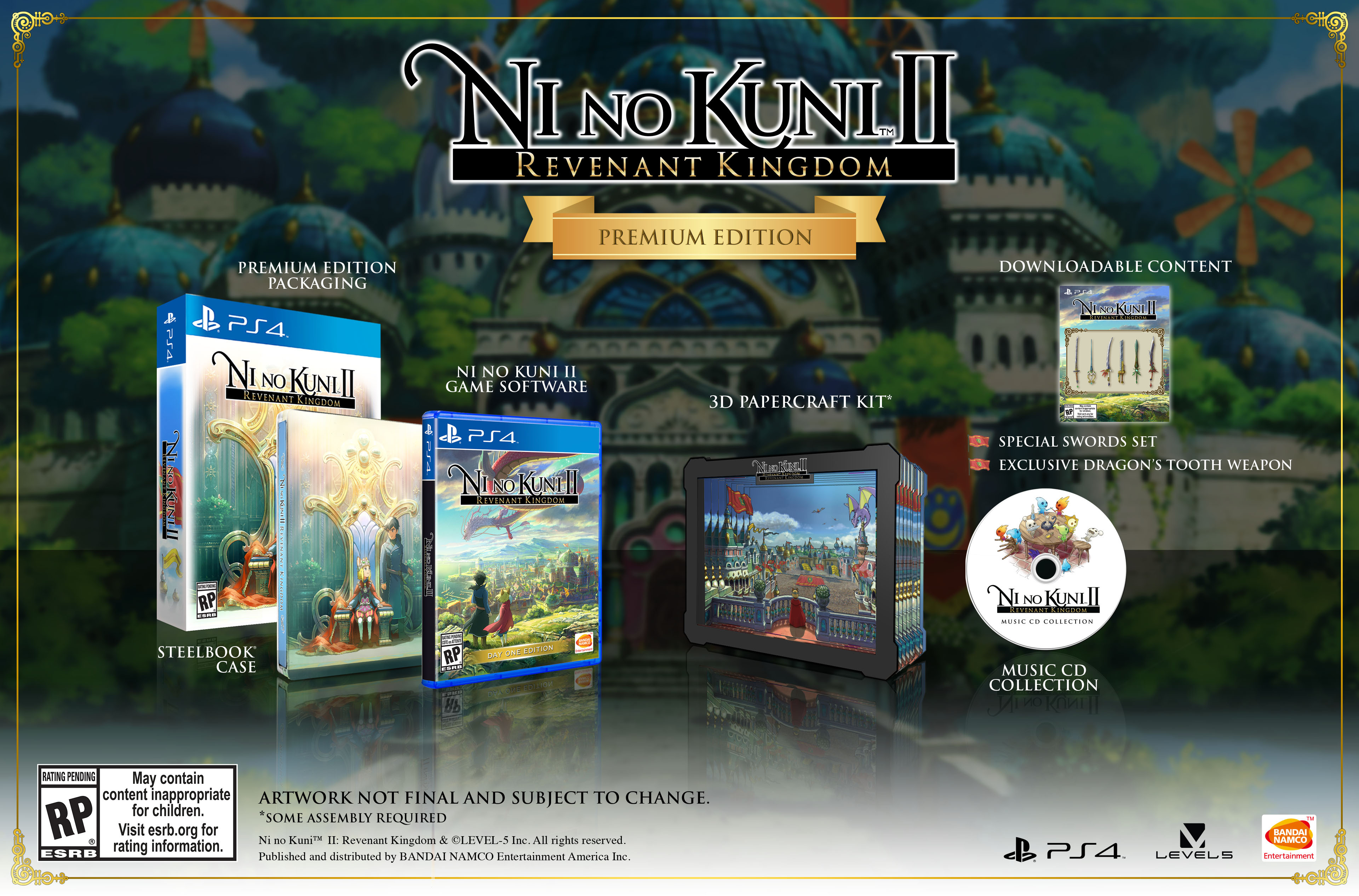 The Premium Edition which retails at $80 includes a 3D papercraft kit, an exclusive DLC sword called Dragon’s Tooth and the Special Sword pack, a steel book, and a soundtrack CD. 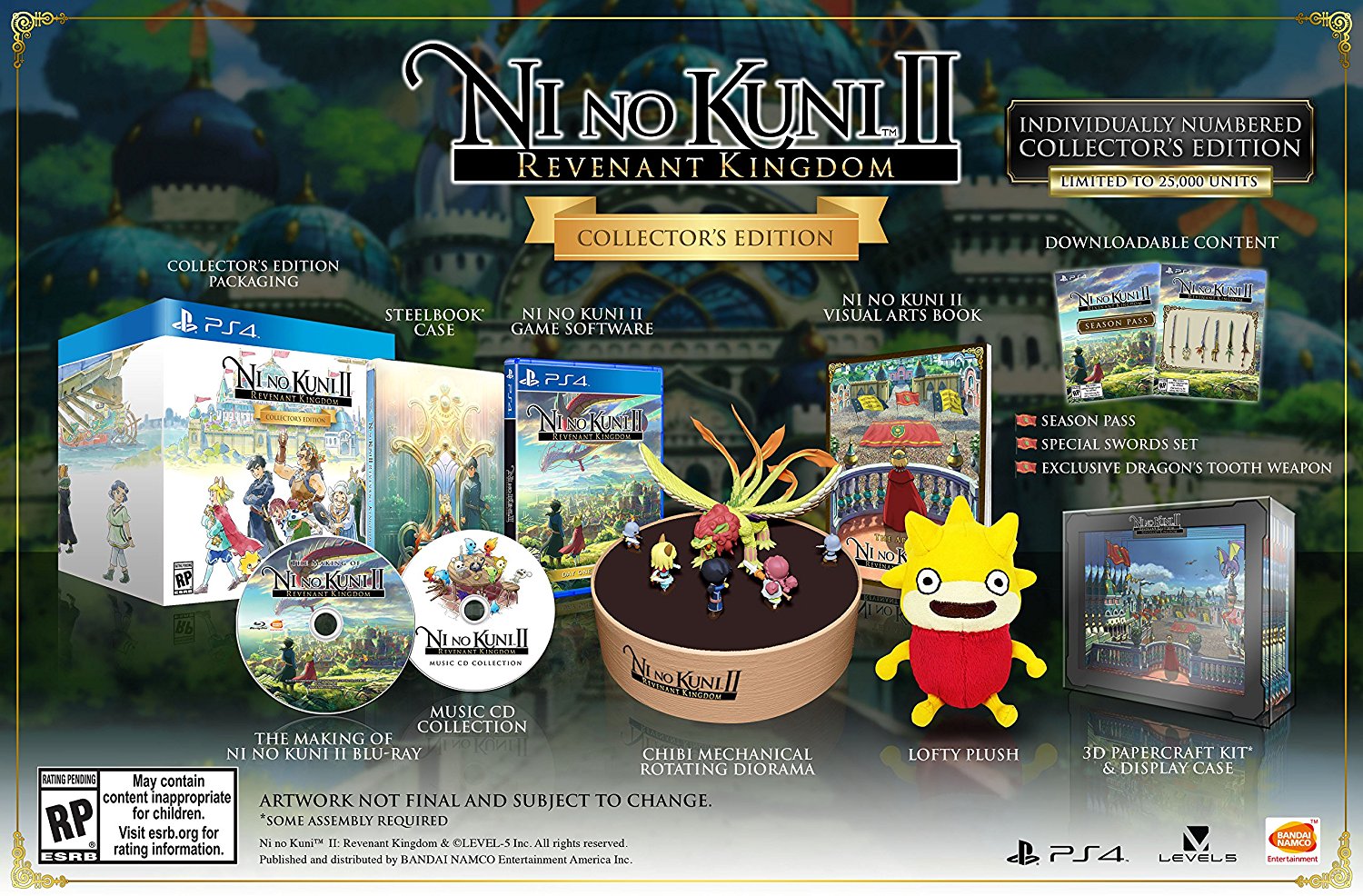 Lastly the most expensive and extravagant option, the Collector’s Edition retailing at $200, includes all the Premium Edition offerings, an art book, a chibi mechanical diorama, a Lofty plush, a “Making of” Blu-Ray documentary, a 3D paper craft display case, and the season pass. This edition will be limited to 25,000 units per the Bandai site.

For those across the pond there will be several alternative special edition packages to choose from that also includes the Special Sword DLC bonus .

The physical Prince’s Edition will retail for £85 and comes with a “making-of” Blu-ray, the season pass, and the games steel book 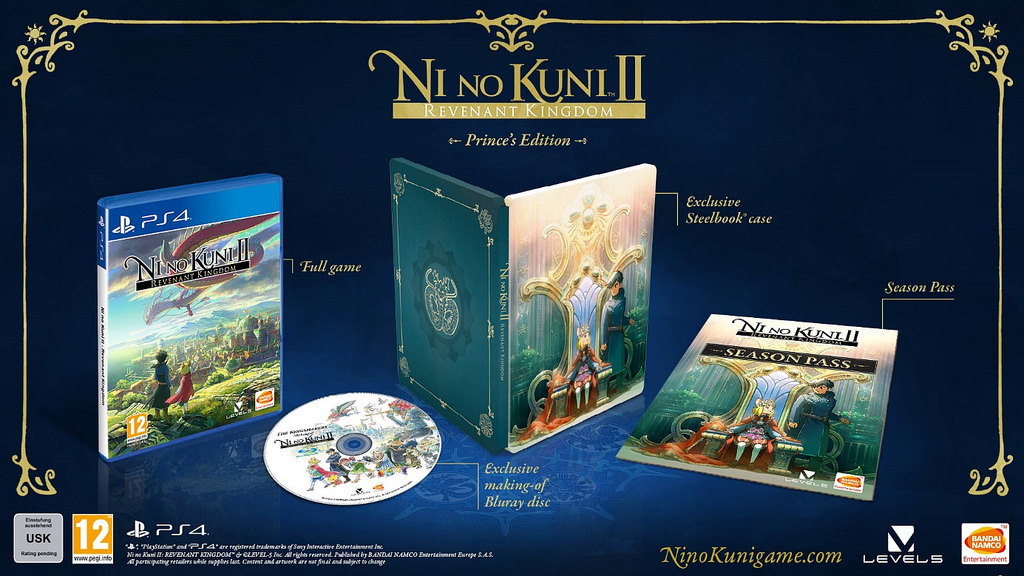 While the King’s Edition will cost £140 and includes the contents of the Prince Edition in addition to a Ni no Kuni II vinyl record, a diorama figure, a music box that plays the game’s main theme, and a 148 page exclusive art book. 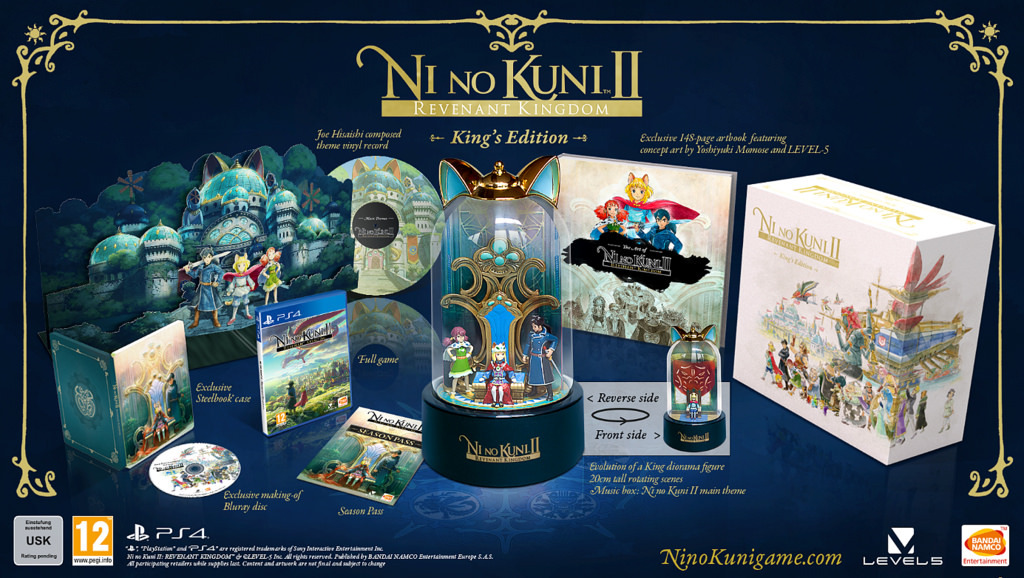 Wherever you live there will be plenty of options to start your adventure in the Ni No Kuni world. For myself, I will be getting the Collector’s Edition so expect a review up sometime in January on my thoughts.

The Collector’s Edition can be purchased from the following retailers: Amazon, Gamestop, Target, and Bandai Namco Store